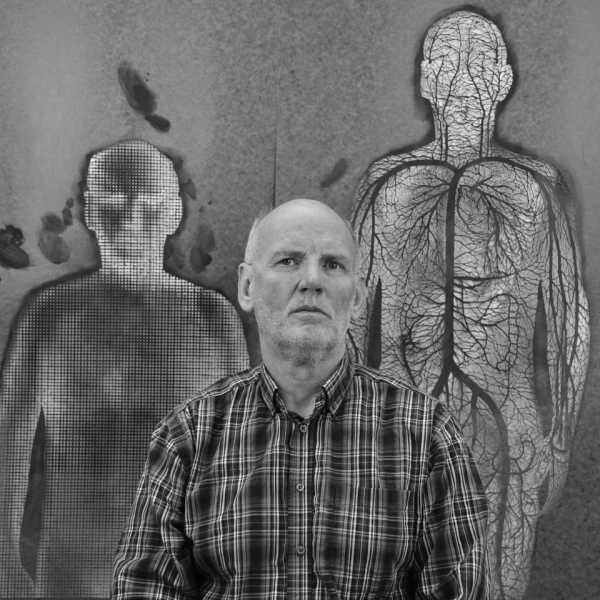 Andrew Carnie is a British artist whose artistic practice often involves interacting creatively with researchers from different fields. His works explore how a new sense of self might be constructed through contemporary scientific discovery, its images and ideas. This has been achieved by undertaking many art-science projects: on autism, epilepsy, and a ten-year project on heart transplants. Andrew Carnie had been teaching at the Winchester School of Art for many years and he has been giving a medical art workshops at the Art Academy of Latvia as well. Read more about Andrew Carnie’s work here.

Carnie on his participation in the exhibition ANATOMY & BEYOND:

‘This project allowed me to begin to do something different, to think of what a “future” self might be like and the issues that might arise […] Some people feel that the future of humanity might not be on Earth. I started looking at the effects that space travel might have on us. My research led me to the Astronaut Twin Study.’

NASA’s Astronaut Twin Study investigates a one-year-long mission that took place from March 2015 to March 2016. Retired astronaut Scott Kelly spent one year in low-Earth orbit on board the International Space Station, while his identical twin, retired astronaut Mark Kelly, remained on Earth. The genetically identical twins had 10 generalised biomedical modalities determined before, during, and after the mission. This allowed researchers to detect those changes, including on a molecular level, that resulted from spending time in space. Read more about the Astronaut Twin Study in the journal Science. Researching the project led Carnie to create his work “Limb from Limb”.

Images from “Limb from Limb”

‘I started getting ideas for the visuals in my work from reading about weightlessness and the effect it has on our anatomy, about how the distribution of liquids in the body changes, how muscle mass alters and the many other subtle changes to our normal anatomy,’ explains Carnie.

The work on display at the Anatomy Museum consists of two meteorological balloons that start to inflate and deflate at different intervals as soon as someone enters the room. As they change their shape, the balloons gradually reveal anatomy as altered by space travel and the artist’s own features.

‘The anatomical problems that bodies develop in space make me think that we should take better care of our planet,’ Carnie concludes. 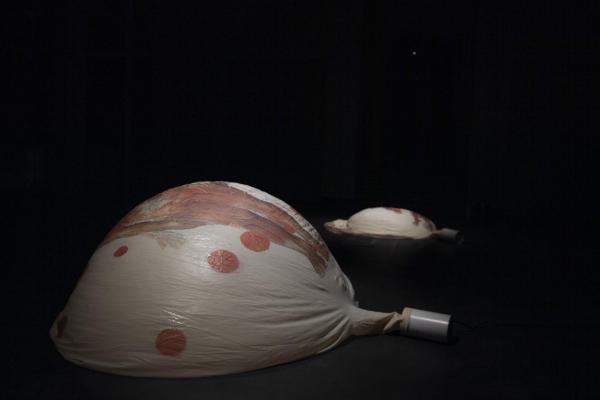 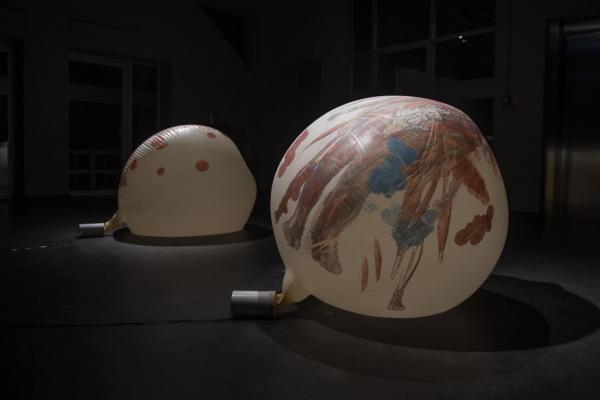 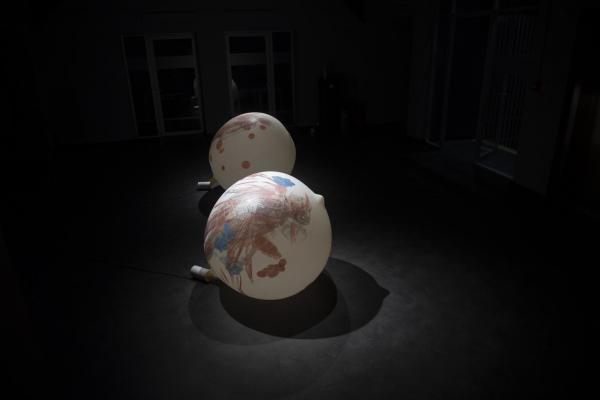 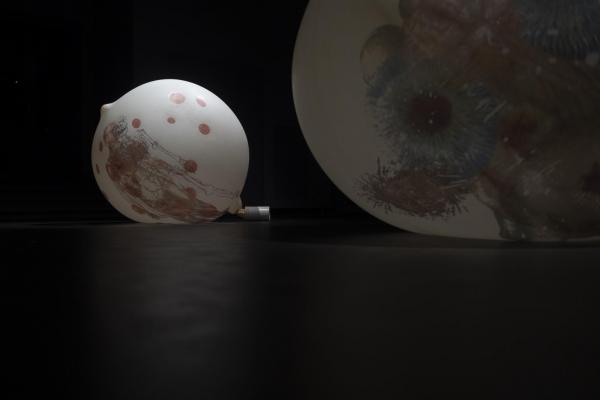 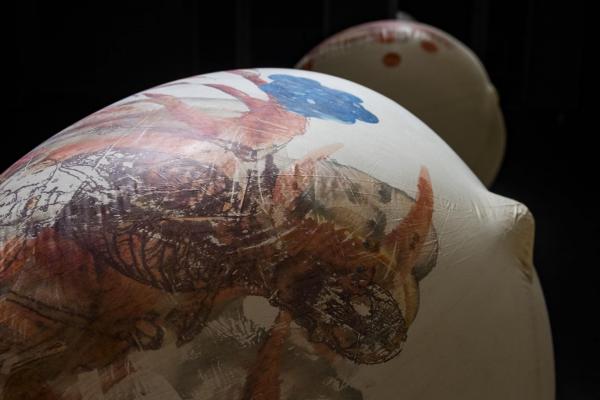 On 25 August, the Anatomy Museum hosted the international symposium ANATOMY & BEYOND. You can watch a recording of Andrew Carnie's lecture "The Edge of Anatomy" here:

The exhibition ANATOMY & BEYOND will be on view at the Anatomy Museum until 31 January. The exhibition is curated by medical artist Pascale Pollier (Belgium/UK). The exhibition is a collaboration between AEIMS (Association Européenne des Illustrateurs Medicaux et Scientifiques), BIOMAB (Biological and Medical Art in Belgium), ARSIC (Art Researches Science international Collaborations) and MAA (The Medical Artists' Association of Great Britain). The project is supported by the Embassy of Belgium in Sweden and Latvia, the Flemish Government Representation in Poland and the Baltic States, the Vesalius Trust and the Honorary Consul of Belgium in Latvia Dr. Didzis Gavars.